“I LOVE it for gaming. TVs are just not big enough or offer as much clarity for me now."
Ashleigh Fox
“Some of the Cornish cinemas here only use 1080p projectors. I have a similar quality now here. So, why go out on a cold dark night when I have my own cinema at home?"
Ashleigh Fox
“I would recommend this projector 100%. A few friends are already toying with getting a projector having seen my set up."
Ashleigh Fox

Digital athlete is top of the scoreboard with HD27e 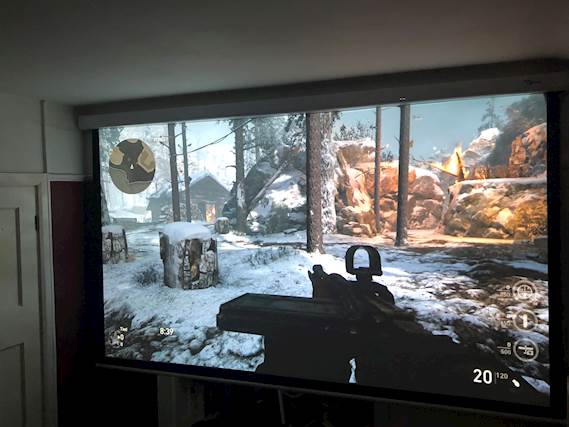